Posted by Backsbottom Farm at 02:39 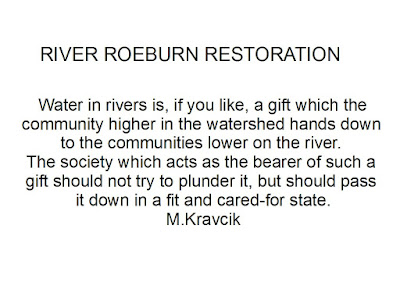 Posted by Backsbottom Farm at 04:13


The UK government petitions website has recently added a  feature whereby you can open a map and see the numbers of people who signed the petition in each constituency. The map for Mark Avery’s petition to ban driven grouse moors had a bright red patch in the centre of mainland Britain. That constituency, Calder Valley, had nearly three times the signatures of the next highest constituency High Peak. The other constituencies were clustered below High Peak.
To illustrate how tightly clustered below High Peak they were, the next highest was Isle of Wight with only 3 signatures less and Argyll and Bute which was 31st in the league table and only 58 signatures less than High Peak.
Calder Valley, you might think, isn’t that the Hebden Bridge area which was flooded at least 4 times in the last 4 years? You would be right, that Calder valley.
So why this massive surge in support from this one constituency?
It’s a complicated story especially because it involves the law and the shroud of mystery which surround government (no one can seriously consider Natural England an independent wildlife watchdog any more) (see here).


Walshaw Moor
A political thriller / tragedy / black comedy / political satire / Dickensesque / Kafkaesque / Futuristic science fiction (accidentally transported through a time warp into the here and now). Oh, I don’t know you decide.
The stage is set on Walshaw Moor, a 6,500-acre grouse shooting estate upstream of Hebden Bridge and is part of the South Pennine Moors SAC, SPA and SSSI conservation sites. In conservation terms a Royal Flush.
Principal players: [All characters are fictitious and any similarity with persons living or dead is purely co-incidental, except of course our intrepid reporter Hassein and his grandfather.]
1) Richard Bannister, landowner of Walshaw Estate and retail tycoon
2) Natural England
3) Richard Benyon, Minister for the Environment and grouse moor owner.
Minor players of no worth:
a) the residents of the Calder Valley
b) Moorland habitat
c) Democracy
d) Global Warming
Act I, Scene 1
‘In 2005, Walshaw Moor Estate was successfully prosecuted by English Nature for building a track and dumping spoil on protected habitat, and the Court ordered the Estate to restore the damage.’ (1)
Act I Scene 2
‘In 2010 Natural England were investigating unconsented damage, and had started separate legal proceedings against Walshaw Moor Estate to modify old, ambiguous consents which allowed damaging activities such as intensive burning on blanket bog. Natural England also decided to prosecute the Estate on no less than 43 grounds of alleged unconsented damage to European and national protected sites. The sheer number of alleged breaches (track construction across moors including converting a stream to a track, drainage of peat bog, installing grouse butts, damage to habitats from vehicle use), together with the Estate’s previous conviction and lack of a voluntary offer to restore or mitigate the damage, demonstrate the seriousness of the situation.’ (1)
[The Audience is on tenterhooks. The suspense is palpable, is this the final nail in the coffin for intensive grouse moors?]
Act II, Scene 1
‘In March 2012, Natural England and the Walshaw Moor Estate announced that all legal actions had ceased and that they had come to a settlement. The settlement included dropping all the prosecutions without any restoration and agreeing to a new consent that allows existing infrastructure (including the tracks, butts and some of the drainage that were the subject of the prosecution) to be maintained, and permits burning of blanket bog to continue. Natural England is due to revisit around 100 management consents for moorland habitats over the coming years, and the Walshaw Moor settlement will set an unavoidable precedent to aim low.’ (1)
Interval.
As the audience enters the foyer, the back slapping of the grouse shooting lobby can hardly be heard over the silent hum of shock emanating from the RSPB and conservation bodies.
As the shocked and celebrants alike swill back their doubles at the bar an announcement comes over the tannoy.
‘Acts III and 1V have been cancelled’. No explanation is given.
Mutterings from the bar are over-heard by our intrepid reporter Hassein, who has been sent on an urgent fact finding mission by his grandfather.
‘I hate these French surrealistic endings’
”Is there going to be a sequel?’
‘Yes but who done it?’
‘Was it a parody of a banana republic?’
Delegates of the Republic of Banana were overheard to say ”We could learn a thing or two here. Now we can cut down the rain forest ‘legally”
Mafia dons were also stunned into dumb admiration. The only words overheard heard amongst all the kissing were ‘Forget About It’
Later that year the script rights were bought up by another company and the sequel did in fact occur but with different players. It was rumoured that actors from original play had been institutionalized but whether to a mental hospital, prison or the deepest dungeons of DEFRA, only a FOI request can tell.

Act I, Scene 2
In 2012 Hebden Bridge resident’s campaign Ban the Burn wrote
‘Natural England invest[ed] over £1 million pounds in the case….To add insult to injury, it is now in the public domain that the landowner will receive “Higher Level Stewardship” totalling £2,504,668.08. (That’s about 5 times as much as is in the Calder Valley flood recovery fund!). ‘
[‘Anarchists’ heckles a famous unnamed cricketer from the balcony]
Act II, Scene 1
Inglorious by Mark Avery published which includes Freedom of Information requests showing the heavy lobbying of Benyon by his mates in the Moorland Association and their ludicrous but hilarious claims. Buy It! With umpteen FOI requests we are no further forward in knowing why DEFRA / NE made a complete about turn and even a reversal of policy on Walshaw.
Act III, Scene 1
Repeat of Act I, Scene 2, same location, Hebden Bridge, rolled forward to 2015.
Act III, Scene 2
Drainage ditch damage on Walshaw Moor were supposed to be restored and paid for by who, not the culprits but the taxpayer. In 2016, some at least, are still there.
Act III, Scene 3
The shooting lobby suffer from collective amnesia regarding The Heather and Grass Burning Code of 2007 agreed on by DEFRA, NE, Moorland Association, Country Land and Business Association (CLA), the National Farmers Union, the Heather Trust and the National Gamekeepers’ to restrict burning on peatland with The Heather and Grass Burning Code of 2007
‘There should be a strong presumption against burning sensitive areas. Doing so may permanently damage the environmental interest of the land and may be unlawful. In special circumstances, the advantages of burning on sensitive areas may outweigh the disadvantages. If you feel a sensitive area on your land falls into this category, you may wish to contact Natural England for advice.’
Mark Avery continues ‘The code goes on to make it clear that peat bogs, including blanket bogs, raised bogs etc should not be burned unless in line with a management plan agreed with Natural England‘.
Act III, Scene 4
Richard Benyon, DEFRA and NE are shown to have amnesia regarding his previous statements on moorland carbon storage. On the value of peat bogs for carbon storage.
RSPB on burning and peat moorland protection here and several here.
Act IV, scene 1
Walshaw is not an isolated case. NE gave consent to burn on 127 English bogs which the taxpayer is paying for through Higher Level Schemes (HLS), 11 of which are on highly protected habitats (SACs and SPAs).
Act V, Scene 1
Large screen behind stage projects psychedelic image of Cathy running across the moors. Then director shouting ‘cut’ as Cathy shouts ‘Oh Heathcliffe’ and falls into a drainage ditch or is it a grouse butt (Walshaw Moor  and here, and here).
The End.
Critics were lukewarm verging on icy.
‘Hang about what kind of ending is that? I want my money back’.
‘Oh not another French ending.’
‘Rubbish’
‘Pah, obviously not an Agatha Christie.’
‘Why did DEFRA, NE drop the case? It is very unclear and full of poor story lines and unsolved threads or were they red herrings? Was it a poor legal case? That seems illogical since £1 million had already been spent on the case and NE must have known all the possibilities before the case. Nothing changed regarding the case itself. So it couldn’t have been legal.’
‘Looks like a case for the The Girl with a Red Grouse Tattoo’.
Others were more positive.
‘That Richard Benyon chap deserves an Olivier Award. What else has he been in, I’d never heard of him?’
That view was challenged by an anonymous source with only one knee cap who claimed ‘Benyon just played Keyser Söze from The Usual Suspects.’ The source, later seen in a wheelchair, mysteriously withdrew his claim.
Epilogue.
Hassein faithfully reported these events back to his grandfather. After listening carefully, with tears running down his face, his grandfather embraced his Hassein fondly and then they both broke into a good belly-laugh and headed off to a new planet to see if anyone else was doing better.
They promised to each other to return in 10,000 years to see if these beings has learnt anything by then.
Posted by Backsbottom Farm at 04:02 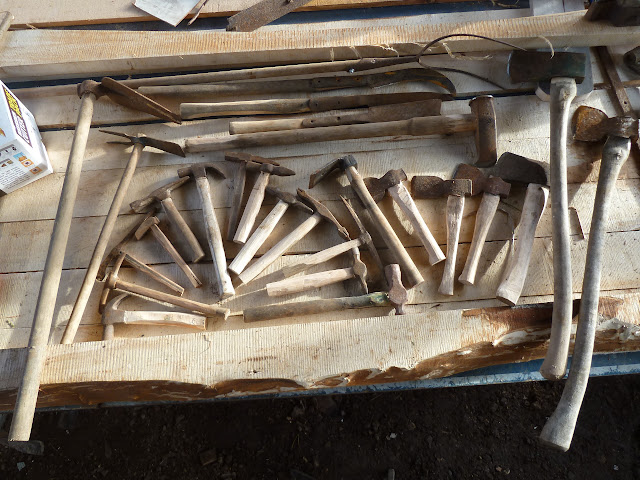 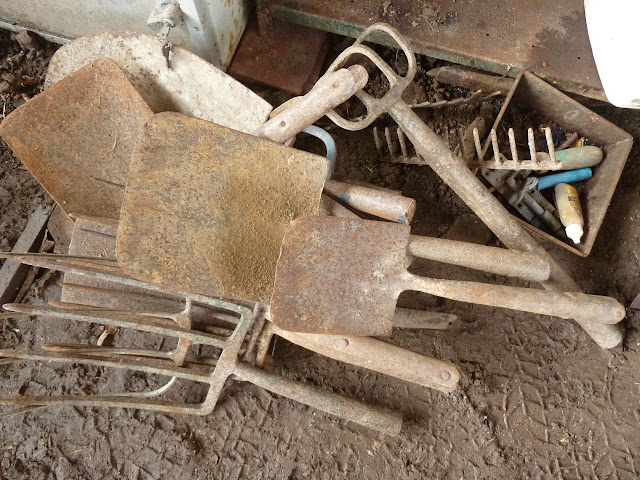 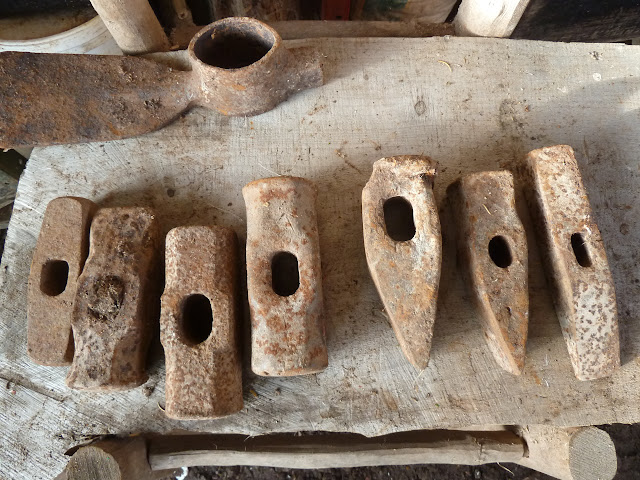 Posted by Backsbottom Farm at 06:36